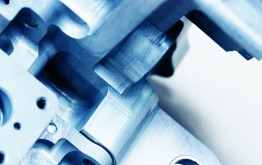 The company has recently increased its capacity by investing over £1 million in two mill/turn centres, one of which is capable of simultaneous five-axis milling.

The installation of a £400,000 Mori Seiki SL603 mill/turn centre is enabling the business to almost double its machining capacity for larger work from 500mm to almost 1000mm diameter by 2000mm long. The machine is installed alongside a recently acquired simultaneous five-axis mill/turn centre with 120 tool capacity and together the two machines represent an investment at the Dartford subcontracting company of over £1 million.

According to operations director, Matt Cornford, the 38kW spindle SL603 has a very high specification which includes fully programmable steadies for long shaft work allowing free access by the 12 station driven tool turret as part of a continuous mill/turn cycle. The steadies also provide maximum rigidity and stability for the component when under cut especially from the high torque 9.75kW motor used to drive the tools.

He said: ‘There are very few subcontract machinists in the UK that have this capability to mill/turn and when the quality and customer standards we work to are added to the equation, this takes Kenard into a whole new machining capability scenario that it can provide to customers.’ Replacing two existing lathes, the machine is already performing mill/turn operations that often last five hours or so on very complex aerospace, oil and gas and subsea components.

Materials processed already include inconel, various nimonics and special steels to which Matt Cornford adds: ‘Sometimes on these large parts the spindle is only turning at 20 revs/min which demands very high levels of torque and cutting stability.’

Having the machine installed has already drawn in a considerable amount of new business for Kenard and combined with the company’s extensive use of its off-line programming capability, this has allowed the machine’s potential to be fully exploited giving high spindle utilisation and also minimising any chance of error on high value components where material alone can cost up to £1,000 for each part.